We are essentially a 2-person team based in Lille area, France. 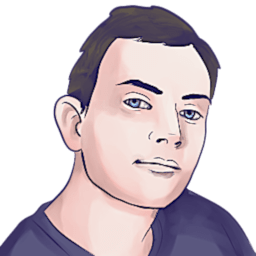 Peacebringer (Alexandre Barbieux) is Utopixel's CTO, and co-CEO alongside with Lyra.

Alex likes to introduce himself as a pragmatic software engineer who has been in the video games' industry since 2015, but he's actually a gamer at heart.

A computer science and math enthusiast, Alex is a very DIY kind of guy when it comes to programming and goes to great lengths into optimization, telling his fellow coworkers technical mumbo-jumbo like "Hey look! I shaved a few more KBs off the game's executable easily!".

He's a huge fan of early shooter games from the 1990s (Doom, Duke Nukem), but he has spent a great deal of his gamer's life in the Nintendo realm as well, from the Nintendo 64 era to the Wii era.

Some of his all-time favorite games are The Legend of Zelda: Ocarina of Time, Metal Gear Solid V: The Phantom Pain, Super Smash Bros. Brawl, and Advance Wars: Dual Strike.

Also a metal music fan, Alex enjoys tunes from System of a Down, Infected Rain, Dimmu Borgir, and Parkway Drive. 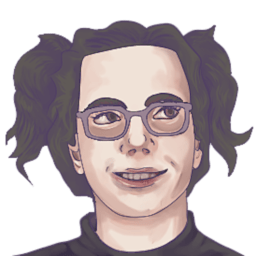 Lyra is Utopixel's main game designer and level designer, and co-CEO alongside with Alex.

A fierce advocate of rational level design who has been working in this industry since 2013, Lyra often ironically describes her job as "counting tiles".

Lyra has played Nintendo games since her childhood and has owned almost every Nintendo console since the Super NES first came out. No need to guess where she draws a lot of inspiration from.

She loves learning new things about biology, and more specifically how the human brain works. She uses her knowledge of how humans use their brains to learn new things in order to design game experiences that people will enjoy the same way she enjoyed her childhood game experiences.

Lyra has unbelievable memory, remembering basically every part of the storyline of every game she's played or every series or movie she's watched. She's the kind of person who can tell you what happened at the end of a series' 9th season when season 10 is about to start, just off the top of her head.

She's also a fan of everything that is purple or gray. Or both, preferably.

Our games wouldn't exist without our awesome partners. Learn about them below. 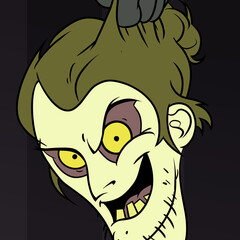 Batpoussin (Nicolas Leroy) is the artist who turns all of our ideas into a masterpiece for your eyes to enjoy.

A truly indefatigable human (?) being with an unbounded imagination, Nicolas always comes up with many awesome art ideas before Lyra and Alex even finished explaining how they envision their next video game.

Also a regular player of video games of diverse genres (Civilization, Enter The Gungeon), he is struck by a curse that causes him to perform poorly in all of these games, according to his own words.

You may want to check his ArtStation portfolio to get a glance of what he's able to do! (Spoiler: he made video clips for several metal bands. Yes, you read that correctly.)