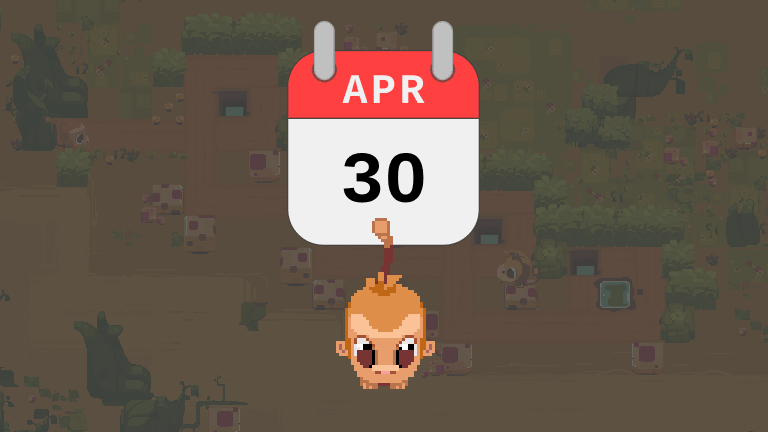 This month in Outer Wonders: April 2021

Welcome to this third issue of This month in Outer Wonders! Just like every month, we're publishing this special blog post to highlight the progress we made in the making of Outer Wonders over the last month. We're in May 2021, so let's talk about the progress made in April 2021!

Our most remarkable achievement this month is the release of the playable demo of Outer Wonders on itch.io!

This demo will have you play as cute monkey Bibi who got lost after falling off a treetop while having fun with a friend and must find the way back to the friend.

Nevertheless, more than 350 of you have downloaded the playable demo of Outer Wonders so far, including over 200 of you who did so just over the weekend following the release of the demo on April 23rd. Thank you all!

In case you haven't given the playable demo of Outer Wonders a try yet, we can't recommend highly enough trying out this 7-puzzle, 20-minute demo!

Polishing the game for a better experience

Before publishing the playable demo of Outer Wonders, we wanted to implement several improvements that may appear to be minor at first glance, but contribute greatly to making the game more enjoyable and nice-looking.

We set up a title screen to be displayed before the main menu, with a "Press any key to start" prompt. 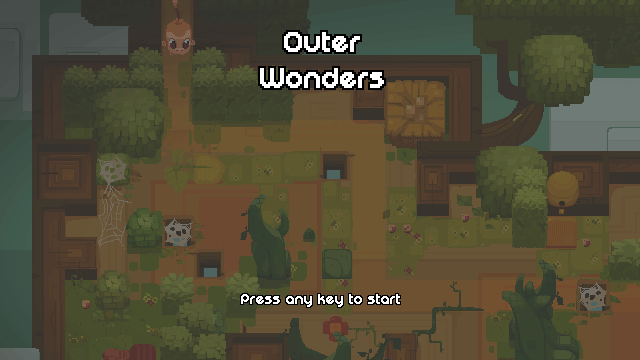 In order to mitigate the consequences of accidental input, we also implemented a confirm prompt to be displayed before performing non-reversible actions such as quitting the game or returning to the main menu.

We believe all of these small additions contribute to a saner experience for you. This is why we keep working on more similar additions, such as an options menu that will enable you to customize and adjust your experience. Many of you have requested this to be added and we are working on it as these lines are written.

Porting the demo of Outer Wonders to Linux

We mentioned it in this March blog post as an optional goal, but it turns out we have been able to reach it: our demo can also be played on Linux!

No major bug has been observed in the playable demo of Outer Wonders, both on the Linux build and the Windows build, to our great pride.

Because we have no Linux machine at our disposal, we had only tested the Linux build on virtual machines thus far. However, our stringent testing process allowed us to have a high level of certainty that the demo would work properly and actual physical Linux machines, and, based on your feedback, it looks that we bet on the right horse! Or, rather, the right monkey.

We will be writing a technical blog post listing the tips and tricks that we made use of to build a properly working and optimized Linux build of the game in the near future.

Many of you have voiced their wish to play a macOS build of the game, and we heard you loud and clear. We do not have access to a Mac to build a macOS-compatible version of the game and test it yet, but once we get this opportunity, we will start working on it! As soon as the macOS build of Outer Wonders goes live, we will be making an announcement about it on this blog as well as social media.