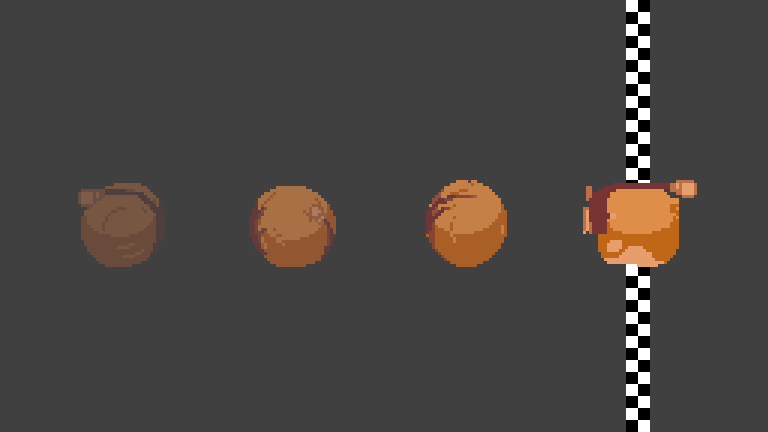 Level design is a major component of most video games, and even more so in the case of Outer Wonders.

First of all, testing will be all about ensuring that the 15-minute campaign featured in the demo can actually be finished by taking the correct paths.

Once this is done, we will be checking (as much as humanly possible) whether the campaign can be finished no matter what paths you will be taking throughout the game. This means ensuring that no path leads to a softlock. Here's an example of a softlock we may have to fix.

Now, here's an example of a fix we could apply to make the level right and non-blocking.

While most of these checks are performed manually as of today, we aim to make this kind of testing fully automatic, to provide greater assurance that there are no softlocks in the future.

While having a fully functional campaign is essential, ensuring that the game itself starts on a wide range of PCs first is as important in order to make sure most of you will be able to play the demo of Outer Wonders.

When it comes to technology, unit tests, that is, automatic testing of the game's features, allow us to ensure all of these features work properly. However, it takes more than that to ensure a game is fully functional.

Our previous blog post mentioned the challenges of building a game for multiple platforms. Building a game just for PCs are a rather complex task, because of the underlying diversity of PC as a platform: in other words, having a game that works on a Windows 10-powered PC does not guarantee that it will work on another Windows 10-powered PC! Other parameters mentioned in our previous blog post come into play.

Video card models are the greatest example of such parameters. Using the same vocabulary as that of our previous blog post, we could say there are many common languages that most graphics cards can understand (Vulkan, OpenGL, Direct3D) using drivers, but each graphics card vendor has its own interpretation of these languages which is not always well-documented, and can lead to wildly varying results from one graphics card to another, in terms of both rendering and performance.

If we are to ensure that our game is fully functional in such situations, we have to resort to testing the game on many PCs with different specifications. Such testing should be performed early on so you don't face surprises just before you release your game.

When it comes to Outer Wonders, we write most of our code using a non-gaming computer featuring only an Intel integrated graphics card, which means we've basically ensured that Outer Wonders can support most entry-level PCs. Our testing showed that just a few changes were necessary on our side to support NVIDIA and AMD's video cards.

Overall, Outer Wonders has great support for most Windows machines. More testing will be necessary to provide decent support for Linux, but Linux support is on the way and we hope to have it implemented from day 1!

And this concludes this blog post! Make sure to check out next week's blog post, on April 2nd, to play the demo of Outer Wonders! In the meantime, follow us on Twitter, Facebook and Instagram to read our news and play weekly puzzles! Subscribe to our RSS feed to keep informed about our latest blog posts. A Discord community server is also on the way.

See you next week!