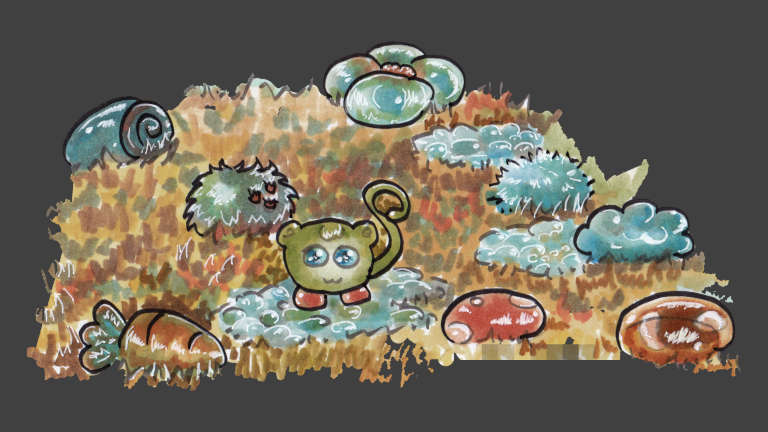 The origins of Outer Wonders

Welcome back! In our previous blog post, we introduced our first game: Outer Wonders. If you haven't read this blog post yet, we strongly recommend you read it to find out more about our game! By the way, how did the Utopixel team come up with this concept?

The initial concept: the slippery maze

We started out with a simple observation: many (japanese) adventure games feature a few dungeons where you have to solve a puzzle made of slippery mazes.

The concept of such puzzles is simple: you are in a room where the ground (often made of ice) is slippery, and you have to make your way out to the exit.

This slippery ground sets a simple rule for the player: when you choose a direction, you start moving in this direction until you meet an obstacle. 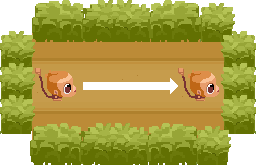 Setting this specific rule opens up the possibility of designing a whole new range of puzzles that would be more elaborate, yet as accessible as traditional maze-based puzzles. This sounded like a great basis for a new type of puzzle game!

When we exchanged views about this concept with both players and professionals from the industry, we were advised to take a look at how this concept had been implemented in the past, both in existing video games and board games, so we could figure out ways of innovating from this basis.

We did as advised, and we came to a crystal-clear conclusion: there were several ways in which we could refine such a concept.

Towards an open experience

The first refinement we could bring to this concept involved breaking out of linearity and adding more freedom to the player.

As mentioned in our first blog post, puzzle games are often designed as a linear sequence of brain twisters, and the slippery maze concept is rarely an exception to this rule.

However, giving more freedom to the player would be a game changer, as the player would then be able to go through the game as they will. What if we took inspiration from adventure game mechanics to achieve this goal?

In such an experience, the player would have the possibility to explore the world as they please; a world where actions performed in a puzzle would have an impact on surrounding puzzles. 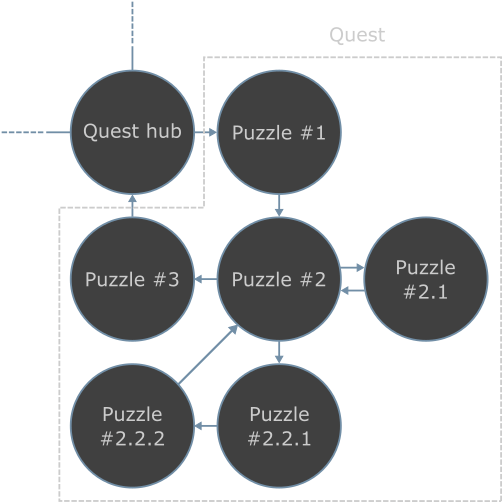 A game deriving from such a concept would then combine the depth of an adventure game with the accessibility of a puzzle game!

This is why we made the decision to design Outer Wonders as a puzzle-based adventure game.

Designing the universe for an adventure game

In order to make an adventure game, we needed to create a memorable universe.

Because we wanted to design an experience where exploration was strongly encouraged, we figured out that a nature-based scenery would be a great fit for our universe. Which also led us to design the game's storyline based on this scenery. More on the storyline in a future blog post!

Moreover, one of the key pieces we want to include in this universe was Bibi. The childish character that Bibi is was born in Peacebringer's mind years before Lyra and he met and started pairing together to make Outer Wonders and start a company together. Actually, Bibi was the starting point of the project.

What came out of all of this was that we wanted to create an universe where having Bibi as the main protagonist truly made sense.

With all this in mind, Lyra started drawing some concept art of this scenery. A sample of this concept art is shown below. 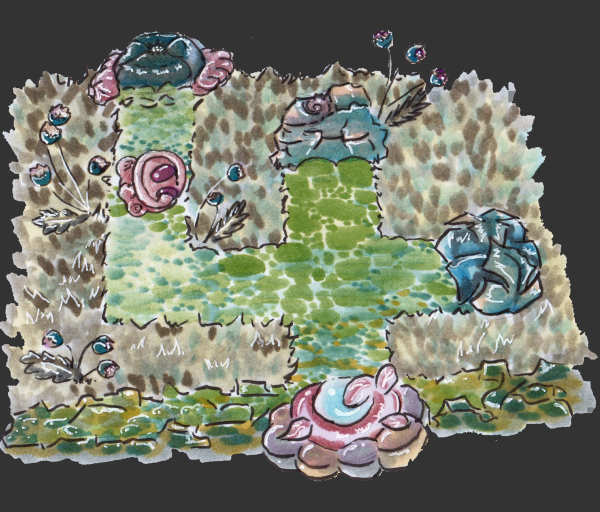 We also made the choice to depict this universe using pixel art. As fans of the great adventure games released on consoles in the 1990s, we wanted to create a dream experience akin to those that this art style born out of the technical constraints of its time helped create back then. With just one slight difference: the pixel art you will find in Outer Wonders is the result of a choice. And we intend to bring the modernity that this art style is capable of.

In a future article, we will discuss thoroughly how we turned these first pieces of concept art into pixel art!